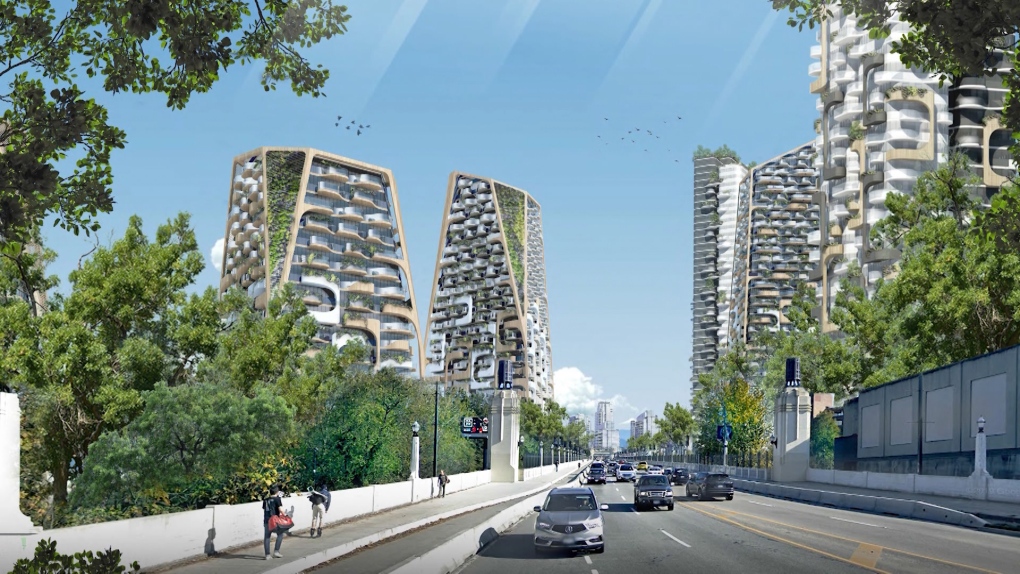 Real estate in Vancouver: development of 11 towers in Kits

The City of Vancouver and the Squamish Nation have signed a service agreement for the development of 11 Sen̓áḵw towers in Kitsilano.

“Today is a historic achievement for the Squamish Nation,” Khelsilem said at the event.

Few details were given in person, but a statement from the Squamish Nation said the agreement “guarantees access to critical municipal infrastructure in the City of Vancouver,” which includes connecting the Sen̓áḵw development to utilities. city ​​water and storm sewer. It also promises to provide “improvements and investments” to pedestrian and bike paths, public transit and roads.

Development on Squamish Reservation land was approved by the nation in 2019, but the concept dates back to before 2010.

It comprises 11 towers around the southern end of the Burrard Street Bridge, with the tallest tower being 58 stories. There will be about 6,000 rental units and Khelsilem said about 250 of them will be reserved for members of the Squamish Nation, although that figure could change.

A the site is dedicated to the developmentalthough few details have been confirmed or announced, which is not required for construction on reserve land.

“We often make it a priority to engage our own people before engaging the rest of the public,” Khelsilem said. “Because it’s an on-reserve development, there aren’t a lot of covenants required, that’s something that’s been talked about before.”

A handful of Kits Point residents also attended Wednesday morning’s announcement, expressing their frustration with the city for not engaging with them.

“We tried for more than a year to try to consult each other, to find out more. to be a part of what’s happening, because I think what’s happening is really, really exciting,” resident Lynn Kent told CTV News. “They will be our neighbors.”

Part of the plan includes a transit hub, a new streetcar, and a road through Vanier Park.

“I mostly wanted to know what was going on with the roads,” said resident Diane Seear. “I would like (the city) to be more engaged with us, we live here too. I agree with the development, but I think we should have a say.

The final details and funding for the project are “still being worked out”, which could change the shape of many aspects of the development. Construction of the first phase is expected to begin this summer, but no start date has been announced. The Squamish Nation said those details will be provided “in the coming weeks.”