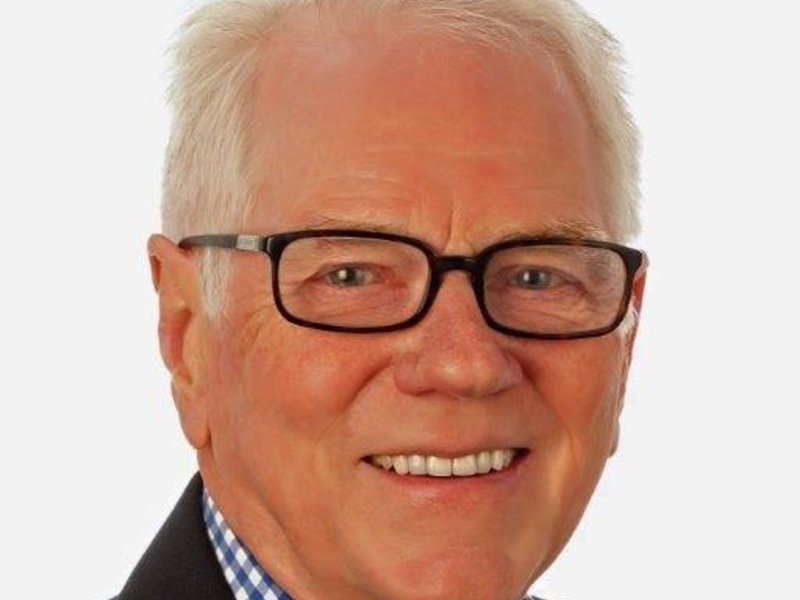 Well-respected real estate veteran Robert F. Redmond has died at age 82 after a long but little-known battle with cancer.

His last role in Cleveland commercial real estate was as Ohio principal broker for Mohr Partners of Dallas. This was preceded by stops at the Cleveland office of CBRE Group Inc. and the former Ostendorf-Morris brokerage, now Hanna Commercial.

Redmond was a detailed storyteller and seasoned salesman. He had a penchant for business analysis and a treasure trove of personal business details that made him a regular source for 30 years for Crain’s Cleveland Business.

In particular, he spoke of the market not only when things were great, but also when they were terrible. He explained to this reporter in the early 1990s why new owners bought foreclosed office buildings from lenders. New landlords could use lower purchase prices to return to lower rents and give them another chance.

In the 1980s, as the late Richard and David Jacobs became major owners and developers of downtown office space, Redmond was the first to compare their many acquisitions of downtown skyscrapers and sites to a version of Monopoly.

In a 2020 article about the brothers’ role in reviving downtown development in the 1980s, he observed: “The Jacobs were a huge stick of dynamite due to their quick acquisitions and Cleveland’s takeover of night.”

In 2018, for an article on the imminent purchase of the former Forest City Realty Trust Inc. by Brookfield Asset Management of Toronto, Redmond observed: “In the 1980s, the leaders of Forest City were like gods in the market offices in Cleveland.

Before brokerage, he worked for IBM in the 1960s and 1970s. He liked to talk about working on testing a new product at IBM, the Selectric typewriter.

In 1978, he joined OM, a company that welcomed new business brokers with business sales training. Redmond later became responsible for office leasing there. In this role, he helped onboard many agents who are now leaders in the local industry.

Russell Rogers, senior vice president of the Cleveland Colliers office that once had Redmond as a boss, described him as pleasant and fun to work with.

Rico Pietro, a partner at Cushman & Wakefield Cresco of Independence, had Redmond as a mentor when Pietro joined the firm, initially as an intern at CBRE.

“Although he lived a full life, I will always remember (Redmond) for his patience during his mentorship of me and many others, his enthusiasm for the business and his compelling stories about personalities in the real estate industry. “, wrote Pietro in an e-mail. .

In a detailed obituary, his family noted that he was the recipient of the Office Broker of the Year award from the NAIOP Northern Ohio Trade Group, and his 44 years in real estate have resulted in more than 1,200 leases and sales of commercial goods. It’s an apt epitaph.

2022-07-01
Previous Post: Helen Hanna Casey leads Howard Hanna Real Estate Services through generations of growth
Next Post: Canadian provinces depend on real estate services for up to 1 in 5 dollars of GDP