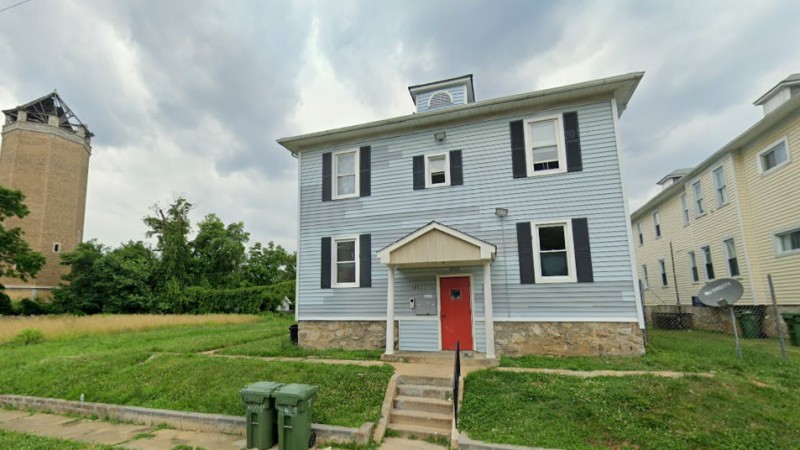 Israeli investors in a Baltimore rental management company have filed a federal fraud and racketeering class action suit, claiming the brothers who control WAZ-Management and several related companies misled them about the price, condition and even the number of units in buildings sold.

The same brothers allegedly overcharged for renovations that often went undone, then kept the rents for themselves, while failing to pay property taxes and bank mortgages or, in some cases, reselling the buildings to others.

“I call them the Bernie Madoffs of Baltimore,” says Jamil Zouaoui, the plaintiffs’ attorney. “You talk about people’s life savings.”

“They go after these very vulnerable people without mercy,” he said, estimating that more than 100 victims were defrauded out of “tens of millions”.

The lawsuit allegations are just the latest in a city reeling from waves of real estate fraud.

In the 1960s, blockbusters drove white, working-class homeowners in neighborhoods in the west and northwest sections of the city into a panic.

In the 1990s, a ‘stunning scandal’ gripped much of Baltimore’s East Side as investors snapped up townhouses for a few thousand dollars, painted and upholstered the interiors and sold the homes homes to single mothers for $50,000 and more by misrepresenting their condition, leading to foreclosures and, in one infamous case, the collapse of a building.

A task force was formed, but the practice continued into the 2000s as “real estate schools” (including “President Donald Trump’s eponymous and fraudulent university”) hunted down the desperate and naive.

The allegations in this lawsuit are the latest in a city rocked by waves of real estate fraud.

In one case, a Houston-based slumlord named Scott Wizig purchased hundreds of rundown units via tax sales, abusing tenants and evading code enforcement for more than a decade.

Isaac Ouazana, one of the two brothers accused of fraud and racketeering, claims to have obtained an MBA from Harvard Business School. (LinkedIn)

No comments from WAZ

WAZ directors, brothers Isaac and Benjamin Ouazana, combined most or all of the classic tactics, according to the lawsuit:

Selling properties they didn’t own, telling investors their units weren’t rented even though they were, and taking the rents.

The plaintiffs also uncovered instances where “even after the defendants’ fraud was discovered and the management contract terminated, the Ouazana defendants unlawfully continued to exercise control over the properties they no longer managed, placing tenants there. and collecting rent without the landlord’s knowledge or permission. “, the lawsuit, filed in U.S. District Court in Maryland on Wednesday and first reported by Courthouse News Servicesaid.

An online search reveals several websites attracting both investors and tenants to the company’s properties. Tenant reviews are mixed, but slightly negative.

“WORST EXPERIENCE SO FAR,” reads last fall. “THE STOVE IS NOT WORKING. THE REFRIGERATOR IS SMELL AND NASTY. THE LIGHTS ARE VERY STRONG AND THE BASEMENT DOOR IS NOT PLACED CORRECTLY! HOW CAN YOU LET TENANTS STORE IN A PLACE THAT IS NOT READY OH THE BATHROOM WAS NASTY I HAVE PICTURES TO PROVE IT! RUBEN LOOKED INTO OUR FACE AND SAID IT WILL BE OVER BY FIRST NOW THAT HE’S OUT OF THE COUNTRY. SO UNPROFESSIONAL!! »

“Too expensive for 1 bedroom at the Belvedere,” wrote another tenant in June 2019:

“Apartment has 1 closet, no AC, no peephole and no doorbells which Waz Management told me they were going to put (still haven’t put them on the front door). No garbage disposal, 700 square feet, flat paint applied throughout the apartment, power lines are connected to other areas of the building., Cockroaches and mice also occupy the apartment. Also, the management is so unprofessional that Ruben lies a lot to tenants and potential tenants. Waz management is strictly money oriented by making their properties above market price for an apartment with no amenities.

“WAZ charged for management services they did not provide and then caused damage. They also forged my late mother-in-law’s signature. In 2015, I bought two properties through Issac O****** and WAZ for my in-laws. Later, I bought two other properties and my brother bought two as well. We were billed monthly for management. There were many accusations that were never substantiated. We asked for clarification several times without any explanation. One of the properties was supposed to be rented out and we were getting rent. We found it listed online and called the #. It was Issac and he tried to fake his voice. On a Section 8 document, he forged my mother-in-law’s name two months after she died.

“THIS CUSTOMER ****** AND ****** GREENMAN WAS REJECTED FROM OUR MANAGEMENT COMPANY 2 YEARS AGO DUE TO ILLEGAL WIRING MONEY CHANGE AND UNPAID TAXES WE ARE TRANSFERRING MANAGEMENT AT BZ REALTY YAAKOV BENZAKEN 2 YEARS AND HE DID NOT FIX IT AND CHANGE MAILING ADDRESS DUE TO HIS LACK OF EXPERIENCE NOW 2 YEARS AFTER COMPLAINING YOU CHEATING ALSO ON ****** *** ** FOR HIS COMMISSION THAT’S WHY HAPPENED GOD MAKING THE TRUTH FOR ***** ** THAT YOU GET THEM TOO 5 PEOPLE COMPLAIN ABOUT YOUR BAD SERVICE ALSO IN *********** *CHECK REVIEWS PLEASE MANAGE YOUR HOMES WITH YOUR PROPERTY MANAGEMENT ALL THE BEST”.

In 2017, the Baltimore Sun released an investigation into the city’s rents court, concluding that the law and practice leaned heavily in favor of landlords and against tenants.

The story began with a WAZ tenant whose home electrical service was illegally poached from another building. The judge ordered WAZ to refund half of the security deposit and ordered the tenant to vacate the unit within two weeks.

The plaintiffs in the federal case, Israeli residents Gerard Layani and Yehuda Ragones, along with an array of holding companies, first sued WAZ in Baltimore Circuit Court last year.

The defendants refused to disclose their business records, saying they were stored online in a folder from which the plaintiffs had locked them. “They said they didn’t have a file,” Zouaoui said. “It doesn’t pass the laughter test.”

Yet the plaintiffs dropped the case last month after discovering the extent of the accused’s activities.

“We wanted to fire him voluntarily,” Zouaoui explains. “In some cases, you find the fraud was much bigger, much broader than you initially thought. There were literally dozens of other victims.

The federal lawsuit alleges that the defendants enlisted others, including marketing agents in other countries and various title agencies and other real estate professionals in Baltimore to further their alleged fraud.

The defendants sold the plaintiffs a house that did not belong to them, for a “lump sum price” (including necessary renovations) of $55,000, including $44,000 for the building as is, according to the complaint.

The defendants bought the house a week after the alleged sale to the plaintiffs, and after emailing them the bogus “deed”.

They bought it for $13,650, according to the lawsuit, making an instant profit of more than $41,000. They did not register the sale to plaintiffs for over a year, and on that registered the $21,000 price “to avoid a transfer tax”. 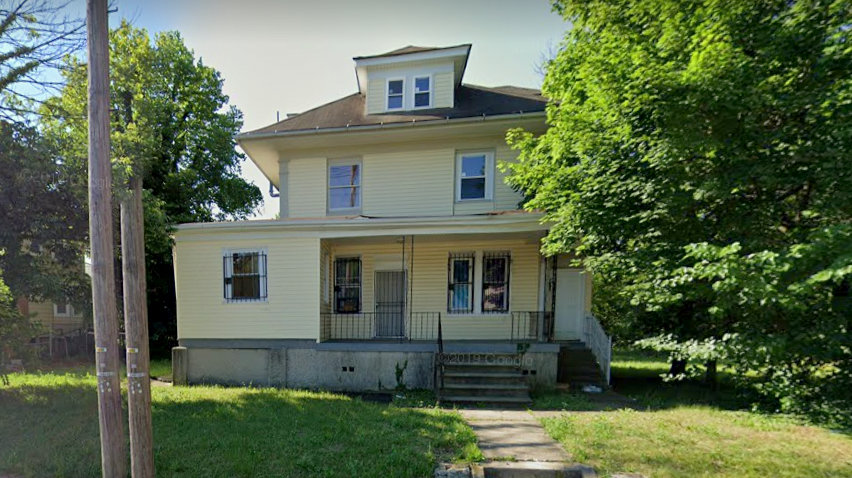 WAZ Management bought this single-family home in West Baltimore for $30,000 and flipped it for $170,000, claiming it was a four-unit building, according to the lawsuit. (Google StreetView)

The apartment that wasn’t

Chords got bolder after that.

In a deal, the brothers launched an apartment building in West Baltimore with four two-bedroom units.

The plaintiffs quickly paid $170,000 cash for it, only to learn much later that the defendants didn’t own the building until later, only paid $30,000 for it, and it was actually a single family home, not a multi-unit apartment. building.

The brothers dunked the plaintiffs for more money after that, claiming it was for additional renovations, then presented them with four leases purporting to show unit rents totaling $3,275 per month, according to the lawsuit.

“Defendants’ representation that the property had four units rented to four tenants was also proven to be false because, during their March 2018 site visit, the Layani plaintiffs discovered for the first time that this single-family building had been rented. to a single tenant. , a company operating an assisted living facility on the entire premises without the plaintiffs’ knowledge or permission, and without proper insurance or a business license. »

Of course, the assisted living facility paid much more rent than the defendants suggested, according to the complaint — and the defendants pocketed that.