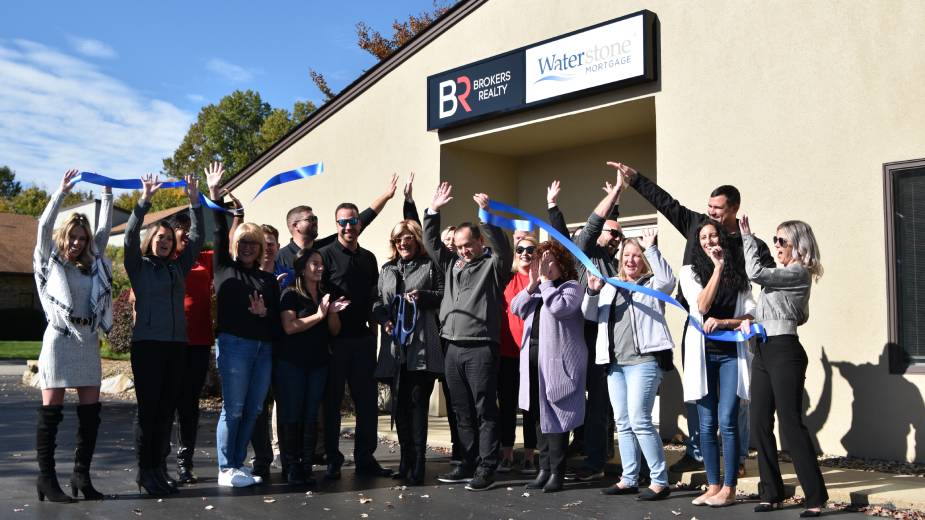 BOARDMAN, Ohio – It’s the start of a new era for a local real estate company in Boardman.

At a groundbreaking event hosted by the Youngstown/Warren Regional Chamber on Thursday, Brokers Realty officially celebrated its rebranding campaign.

Brokers Realty is a new marketing concept previously known as Real Living Real Estate, a franchise. Everything will remain the same, said Yvonne Smith, owner. The only difference is the marketing materials.

“These are the same expert agents with the same dedicated, reliable service they’ve always had, but with a nice, clean new logo,” Smith said.

The new logo is sleek with a “youthful” feel, she said.

Brokers Realty is an independent real estate company. In addition to Boardman’s location, he has an office in Trumbull County. Between the two, there are more than 80 agents. It serves northeastern Ohio and very soon western Pennsylvania.

Smith opened the real estate company 23 years ago, with partner and chairman Dan Alvarez in 2004, and son Marcus Smith as a new partner in July.

His brokerage went through a few changes over the years, moving from Coldwell Banker to Better Homes and Gardens, GMAC Real Estate, and then franchised to Real Living.

Brokers Realty manages both residential and commercial real estate, as well as new construction. Developing a unique identity was a new starting point for the company, Smith said.

“It feels like a brand new start,” Alvarez said. “It was time for us to go in a way that would allow us to grow.”

The rebranding process was completed in a short time – just two months.

It was in August that Real Living headquarters announced to Smith and his partners that they would be “turning off” the brand, meaning they would no longer be offering services to the franchise. This included the franchise website and access to marketing materials.

After digesting the information, Smith said she and her team decided they could switch brands and come out stronger. Along with the logo, there’s a “clean and new” website, Smith said.

The change was met with positive feedback from agents and customers, Alvarez said.

“People love the color of the logo” and the new concept, which was pioneered by Palo Creative in Boardman, he said.

Initially for Marcus Smith, the thought of switching brands soon after being named a partner was “daunting at first”. But he and his partners took the opportunity to embark on the creation of a new identity.

“We were very happy to have a refreshed look and to take our destiny into our own hands,” he said.

While rebranding efforts continue, there is no exact figure on the cost of the campaign, Smith said.

There was new signage throughout the Mahoning Valley, signage on officers’ vehicles, clothing and business cards.

Still, it was an update that “had to be done, anyway,” Smith said.

Many motorists learned about the team from billboards in the valley with officers’ faces and puns. Smith said there this marketing aspect which does not disappear.

“Billboards will always show the personality of each agent,” she said.

Next, Brokers Realty aims to expand its service area. On November 1, a Hermitage location will open with 15 agents. Waterstone Mortgage will be a cross-state partner.

The partners plan to expand into Pittsburgh in the near future.

2021-10-29
Previous Post: How to bow out after owning a real estate agency
Next Post: Herrick Expands Line of Real Estate Services for Clients, Adding Prominent Estate Attorneys Jennifer Polovetsky and Philip A. Sanchez